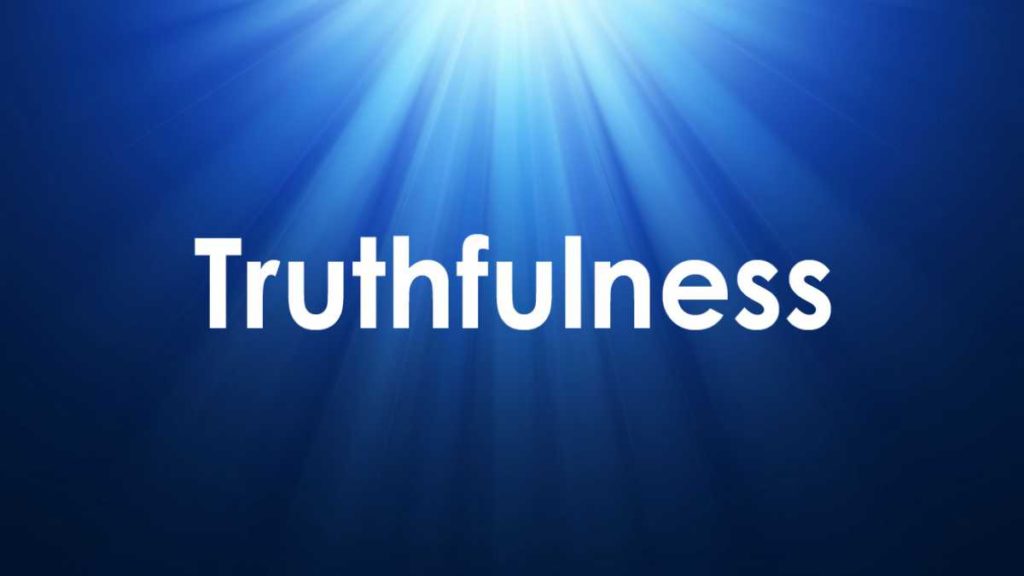 Firstly, this is a reminder for myself before it is to anyone else, that the month of Ramadan is just few days to come. A month where we ask Allah سبحانه وتعالى to accept our fasting and other good deeds. A month where we should attain Taqwa (piety) which is the core goal one should strive to attain as it’s clearly concluded in the first verse that made fasting obligatory upon Muslims. Allah سبحانه وتعالى said in Surat al Baqarah, Verse 183:

Interpretataion of the Meaning: “O you who have believed, decreed upon you is fasting as it was decreed upon those before you that you may become pious “

Secondly, it is a wake up call for all us, to ponder this Hadith and take it seriously.

The above Hadith mentions two actions that will lead to two different paths, depending on what you choose. The first deed is saying the truth and trying your very best to implement truthfulness in your character. It will surely lead you to paradise. Not only that, but being in a state of honesty whether you say it with your tongue or show it in your actions, you will be recorded in the eyes of Allah as “As-siddeeq” which is a speaker of truth .

Analyzing the word “siddeeq” it comes from the root word of

“sideq” which means truth but it’s an exaggerated form, which states that a person is continuously saying the truth and striving to stay on that path. It reminds me of a verse that always leaves me in a state of shock and fear whenever I come across to recite it. Allah سبحانه وتعالى said in Surat Al-Ahzab Verse 8:

Interpretation of the meaning: “So that (He) Allah may ask the truthful about their truth”

If the truth teller will be asked about his truthfulness how about those who lie?

Wallah this scares me a lot. Contemplating the position of the above verse is an eye opener, it came right after Allah mentioned and reminded our beloved prophet (peace be upon him) that he took a firm agreement from him and other prophets to convey the message and that which is true.

The other deed is lying which leads to dishonesty and will only lead the person to hell fire. May Allah save us and our families from it. 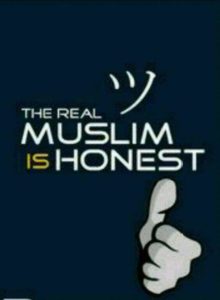 Even worse than that, because we can be saved from the hell fire by the mercy of Allah سبحانه وتعالى, but to be recorded in the eyes of Allah as “A liar ” is wallah a great loss in this world and the one after. Then why do we lie? To get praise from the people? By Allah, those who you want to attain praise and sympathy from will no longer benefit you in the day of Judgment. What will benefit one is returning to Allah سبحانه وتعالى with a pure heart that is filled with sincerity, truthfulness, and the desire to please Allah. Allah said in Surat as-Shu’araa Verses 88-89:                                   {يَوْمَ لَا يَنْفَعُ مَالٌ وَلَا بَنُونَ. إِلَّا مَنْ أَتَى اللَّهَ بِقَلْبٍ سَلِيمٍ}  [الشعراء: 88-89

Interpretation of the meaning: “The Day when neither wealth nor sons shall benefit , except him who comes before Allah with a pure heart”

What other Benfits do you get from lying?Higher positions?

Those positions have no worth compared to entering Jannah. No matter how high the position you gain in this world is, it won’t come close to the lowest status in paradise and pleasing Allah.

I’ll conclude with a Hadith about the first three to be thrown into Hell on the Day of Resurrection. This Hadith crosses my mind as a tajweed teacher whenever I enter the class room to teach my students, or whenever I get praise from my students or their families. It acts as a reminder that makes me realise that any good deed I do is nothing if Allah سبحانه وتعالى doesn’t accept it.

From Abu Hurayrah, who said, “I heard the Messenger of Allah say:

Finally, I forward this post as advice to myself and all my fellow Muslim sisters and brothers, to continuously ask ourselves in any  position Allah has put us in, what is the reason behind performing this deed ? Is it for the sake of people or for the sake of Allah سبحانه وتعالى?

Interpretation of the meaning: “So whoever would hope for the meeting with his Lord – let him do righteous work and not associate in the worship of his Lord anyone.”

Scholars translate this verse for the deed to be accepted as a righteous one it has to fulfill two main conditions:

1: Following the guidance of the Qur’an and the Prophet صلى الله عليه وسلم

2: Sincerity; doing it purely for Allah’s سبحانه وتعالى sake and associating no partners with him.

Let’s all remember that performing good actions is purely by the grace and mercy of Allah سبحانه وتعالى who guided us to do it from the first place, especially those deeds that we offer to others, as even the people of Paradise will confirm and praise Allah when they enter Jannah and say:

Interpretation of the Meaning: “Praise to Allah, who has guided us to this; and we would never have been guided if Allah had not guided us”

I ask Allah سبحانه وتعالى to guide us the path of righteousness and bestow truthfulness in our actions. May Allah bless our good deeds, accept them, and make it a mean for us to enter paradise.