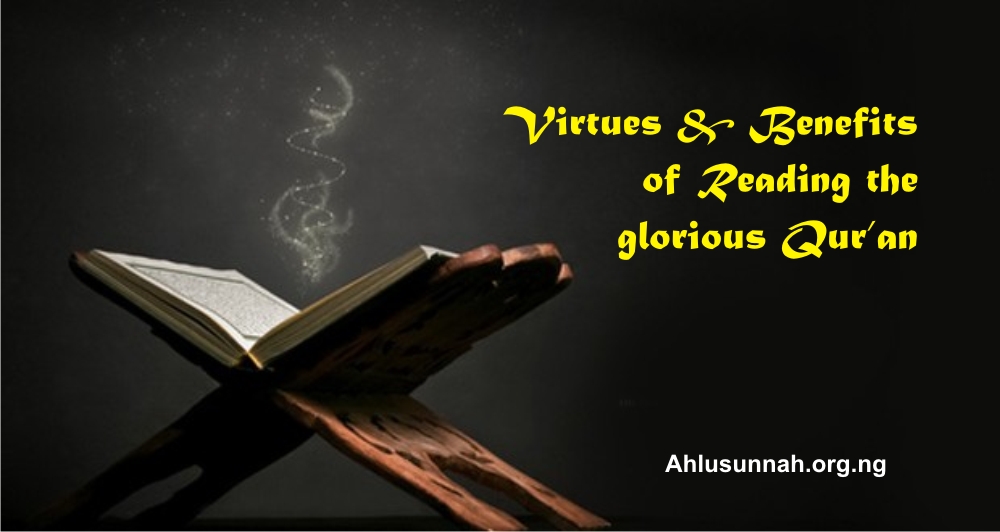 THE IMPORTANCE OF RECITING THE QURAN

Immense Rewards for Reciting the Qur’an in Ramadan

Allah says (interpretation of the meaning):

The month of Ramadan in which was revealed the Quran, a guidance for mankind and clear proofs for the guidance and the criterion (between right and wrong) [Quran al-Baqarah 2:185]

Jibreel used to come to the Prophet (Sallallahu Alaihi Wasallam) every night in Ramadaan, and study the Quran with him. (al-Bukhaari, 5; Muslim, 4268)

10 rewards for each letter of the Qur’an outside Ramadan:

Outside of Ramadan there are 10 rewards for reciting each letter of the Qur’an:

Rasulallah (Sallallahu Alaihi wasallam) says: ”Whoever reads a letter from the Book of Allah will receive a hasanah (good deed) from it (i.e. his recitation), and the hasanah is multiplied by ten. I do not say that Alif-Laam-Meem is (considered as) a letter, rather Alif is a letter, Laam is a letter, and Meem is a letter.” [At-Tirmidhi, Ad-Darimi]

Good deeds multiplied by 70 in Ramadan

But in Ramadan ALL good deeds are multiplied by 70 or more:

Each letter of Qur’an rewarded 700 good deeds or more

So for each letter of the Qur’an we recite we will gain a minimum of 700 good deeds or more. The greater our intentions and the more sincere we are then our rewards will be multiplied even more!

Those who struggle to read get DOUBLE THE REWARD!

But for those who struggle with reciting the Qur’an they will recieve double the reward of a minimum of 1400 good deeds for each letter:

Aa’ishah (RA), relates that the Prophet (sallAllahu ‘alaihi wa sallam) said:
Verily the one who recites the Qur’an beautifully, smoothly, and precisely, he will be in the company of the noble and obedient angels. And as for the one who recites with difficulty, stammering or stumbling through its verses, then he will have TWICE that reward.” [Al-Bukhari and Muslim]

This hadith proves that people who are not well versed in the Arabic languge or have other difficulties in reciting the Quran, get even a higher reward for reciting the Quran in Arabic for their extra effort. So they should never feel down about not being able to recite as well for they will be given double the reward.

No time to waste!

Can you imagine how much reward we would gain for reciting the entire Qur’an just once? How about twice or more? Subhaanallah!

So let us recite as much of the Qur’an as we can during Ramadan and the rerst of our lives until our last breath.

Let us get going and grab these immense rewards and the pleasure of Allah. For there is no time to waste!