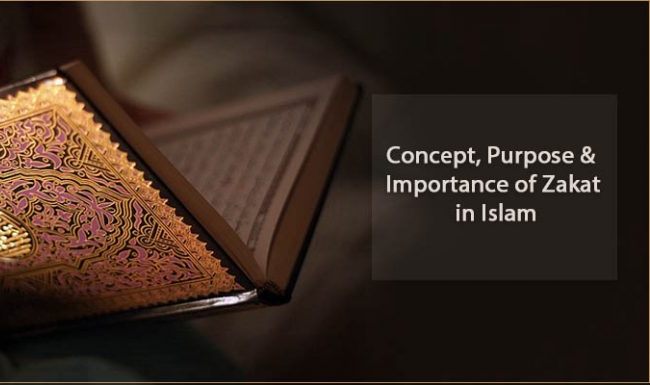 The Importance and Rewards of Zakat and Sadaqah

In Islam, giving Zakat and Sadaqah (chairty) has enormous rewards. The Quran verses and the Prophet’s (sallallahu alaihi wasallam) ahadith attest to the fact that giving charity not only is an act of kindness toward the recipients but it has enormous benefits for those who give it including warding off life’s challenges and problems and resulting in increase of one’s wealth. The following sheds some light on such rewards.

Difference between Zakat and Sadaqah

First, let’s clear up the distinction between Zakat (Zakah) and Sadaqah. Zakah is an obligatory act and an important pillar of the Islamic faith. It is enjoined in Islam on specific things such as possession of gold, silver, crops, fruits, trade goods and livestock, i.e., camels, cattle and sheep. As Zakat is obligatory, this means that whoever dies and owes Zakah, his heirs must pay it from his wealth, and that takes precedence over the will (wasiyah) and inheritance.

With regard to Sadaqah, it is not obligatory on any kind of wealth, rather it is what a person can give, without any specific limits or guidelines.

Spend today while the market is still open

Allah tells us in the Quran that while we are still living and inhabiting the earth, we should give from our wealth to the poor. Every penny that we spend is recorded towards our good deeds and this will be used in the hereafter to judge us and may become the reason to lead us to Jannah. So, let’s spend before it’s too late and we get to the day with little to show for in our accounts. This is what Allah tells us in Surah Al-Baqarah.

“O you who believe! Spend of that with which We have provided for you, before a Day comes when there will be no bargaining, nor friendship, nor intercession…” [Surah al-Baqarah 2:254]

Don’t expect worldly appreciation from your acts of giving

Unfortunately, many who give to the needy and the poor (especially from friends and family) keep reminding them of their act after giving to maintain some sense of superiority. Allah mentions in the Quran that for us to get the reward, we should refrain from indulging in such acts. This is what He says in the Quran:

“Those who spend their wealth in the Cause of Allah, and do not follow up their gifts with reminders of their generosity or with injury, their reward is with their Lord. On them shall be no fear, nor shall they grieve” [Surah al-Baqarah 262]

Sadaqah and charity is not something that we should give only once in a while. Rather, we should try to find a way to give daily to the needy, even if it’s little. If only we knew the blessings and rewards from such acts and how Allah saves us from life’s daily problems, we would give daily. In one of the hadith that was narrated from Abu Hurayrah (may Allah be pleased with him), he mentioned that the Prophet (peace and blessings of Allah be upon him) said: “There is no day on which the people get up but two angels come down and one of them says, ‘O Allah, give in compensation to the one who spends (in charity),’ and the other says, ‘O Allah, destroy the one who withholds.’”  (Narrated by al-Bukhaari, 1374; Muslim, 1010.)

Spend in charity if you want Allah to spend on you

Let’s remember that regardless of our financial situations, we all want Allah to spend on us. So, the prophet (sallallahu alaihi wasallam) reminded us of this by saying that if we want Allah to spend on us, then we should spend on others. It was narrated from Abu Hurayrah (may Allah be pleased with him) that the Messenger of Allah (peace and blessings of Allah be upon him) said: “Allah said: ‘Spend, O son of Adam, and I shall spend on you.’” (Narrated by al-Bukhaari, 5073; Muslim, 993.)

Spend only from Halal and Legal money

An important point about giving is that when doing any acts of kindness, we should spend only what is earned in a good way. We can’t for example earn haram (illegal) and then give it in a good cause such as charity. In one of the hadith, the Prophet said, “O people, Allah is pure and he accepts only what is pure.”

In another hadith, it was narrated that Abu Hurayrah (may Allah be pleased with him) said: The Messenger of Allah (peace and blessings of Allah be upon him) said: “Whoever gives charity equal to a date from good (halal) earnings – for Allah does not accept anything but that which is good…” (Narrated by al-Bukhaari, 1344; Muslim, 1014.)

Your wealth won’t be reduced

Many of us hesitate to give using the excuse that we don’t have enough to give. However, if we think about what Allah and the prophet (s.a.w.s) promised us for the rewards of giving, we should do whatever to give whatever little we can. Consider what the prophet (s.a.w.s.) said in this regard. Abu Huraira reported that the Messenger of Allah, peace and blessings be upon him, said, “Charity does not decrease wealth, no one forgives another except that Allah increases his honor, and no one humbles himself for the sake of Allah except that Allah raises his status.” (Source: Sahih Muslim 2588)