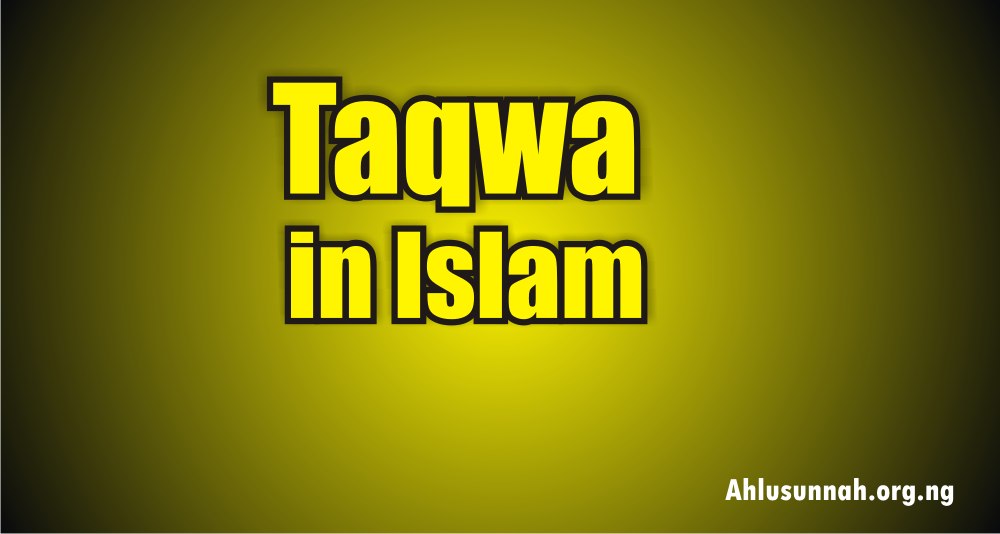 Taqwa is defined as fearing Allah when a person fears from Almighty Allah then he will not commit sins. Taqwa incorporates consciousness and fear of Allah as well as piety. Piety is basically righteousness that can be only obtained by the obedience of Almighty Allah and refrain from His prohibitions. We can say that Taqwa is the key to happiness and success in this life and the hereafter too. Taqwa acts as a channel through which Muslims relate to one another in society and also a medium to link their actions.

Importance of Taqwa in Islam

Allah alone is the Creator of this world and He is The Most Merciful for all His mankind, it is repeatedly mentioned in Quran. The obeying of the great Lord is not confined to only fulfilling religious actions, but being moral in every aspect of life, as observed in the following verse of the Holy Quran: “O, you who believe! When you hold secret counsel, do it not for sin and wrong-doing, and disobedience towards the Messenger (Muhammad SAW) but do it for Al-Birr (righteousness) and Taqwa (virtues and piety), and fear Allah unto Whom you shall be gathered.” (Quran, 58:9)

From this verse it indicates that Taqwa means a lot more than just piousness: it is the combination of our beliefs, self-awareness, and attitudes. It is a reminder to stay on the path of uprightness, decency and knowing the difference between right and wrong. It is about having Lord Consciousness in terms of knowing and obeying all His orders including not only fearing Him but also acting in all His directions. In Quran, Allah says: “O ye who believe! Fear God and be with those who are true (in word and deed).” (Quran, 9:119)

Taqwa acts as a barrier between the Muslims and the anger and displeasure of Allah (SWT). In Hadith Prophet (SAW) said: “Fear Allah because it is the collection of all goodness.” From above ayahs and hadith, we can conclude that if we want to be successful l, and want to get Allah’s blessings and pleasure then we should fear Allah and have to do the righteous deeds which are the source of pleasing Allah Almighty.

Benefits of Taqwa from Quran

Below we will discuss some benefits of Taqwa from Quran:

For the success in this lie and the hereafter, we have to do taqwa. We should not delay in increase our taqwa. Should pray to Allah Almighty to guide us towards the right path and help us become pious and righteous Muslims. Ameen!

Ahmad ibn Hanbal’s Treatise on Prayer (Salah): The treatise by Imam ibn Hanbal, the Imam of the Hanbali school of juristic reasoning, renowned for his