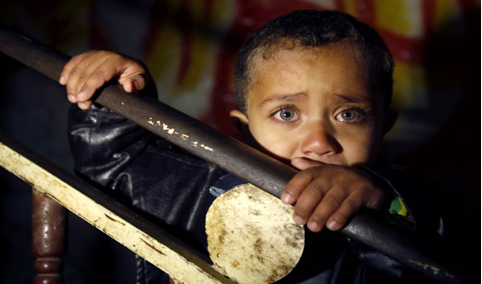 In many cultures, the value of parents is never appreciated. However there is a group which treasures the love of parents much more than anyone. That group is of the Orphans.

An orphan is the child or the minor who, by the will of Allah, has no parents or just one parent. In Islam, the absence of a father either by death or abandonment or any other reason results in the child becoming an orphan.

The child remains an orphan till he/she reaches the age of maturity or puberty. Because orphans are minor, they are physically weak in the society and are mostly challenged by poverty.

In today’s world, the situation of the orphan depends on the geographical location of the child. For example, an orphan in Africa or Latin America or Asia is more likely to be under-fed as well as poor in comparison to the orphans in Western countries. Often, orphans in poor regions get widespread diseases too because of improper hygiene and lack of availability of proper food.

There is no doubt that supporting the orphans is emphasized by all the religions as well as the rejecters of religions. But Islam is the only faith that has extensively mentioned orphans in the Quran and also in the traditions of the Prophet and the Ahlulbayt (peace be upon them).

In fact, the word ‘orphan/s’ (Arabic word Yatim) has been mentioned more than 20 times in the Holy Book indicating the importance that Islam lays down for the parentless children. The many merciful verses, besides giving hope to the orphans, also prove a point that Allah has not taken away the parents just because He hates those children but because it is a test for the believers including the orphans. Let us understand how Islam wants to test and teach us.

It is mentioned in the Holy Quran (2:83), “…..and (you shall do) good to (your) parents, and to the near of kin and to the orphans….” It has been explained by exegetes that orphans are mentioned right after the parents and the kin because when going outside the circle of relatives; the orphans are the most deserving of kindness.

It is because they are deprived of a father who is the guardian, protector and bread-earner of the family. Next, the Quran (76:8) describes the righteous people as those who give food to the orphans –

“And they give food out of love for Him to the poor and the orphan and the captive.” In Chapter 4 verse 127, Allah calls to justly treat the orphan children. Therefore, the Islamic community should be raised with a thought of justice and equity towards the orphans.

In addition to the pronouncement for doing good towards the orphans and oppressed children, the Holy Book also addresses the guardians regarding their responsibilities towards the needy children. Quran (4:2) states: “And give the orphans their property, and do not exchange something bad (of yours) for something good (of theirs), nor devour their property along with your own; (for) it is surely a great crime.”

As a part of our yearly Ramadan program, inshallah we shall be visiting an orphanage home this weekend.

Your support is needed in making the visitation a rewarding task.

Or send financial donations to:

Sahl ibn Sa’d reported: The Prophet, peace and blessings be upon him, said, “The one who cares for an orphan and myself will be together in Paradise like this,” and he held his two fingers together to illustrate.

May Allah reward our little efforts with Aljannah Firdaus.