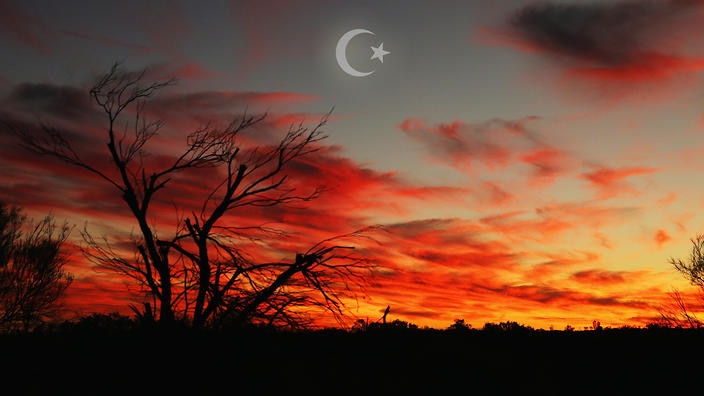 Image Makers Will Be Punished on the Day of Judgement

Al-Hafidh Ibn Hajar (d. 852H) said, “It is a command to do that which one is unable to do. From it we get a description of how the punishment of the image-maker will be. He will be ordered to breathe the soul into the image which he has made and he will not be able to do so. As a result his punishment will continue (unceasingly).” [Fath ul-Bari, 10/398]

It should also be mentioned that there must be consideration in this matter if the making of a picture is necessitate by urgency or emergency, such as x-rays for identification or diagnosis of a disease or sickness. In this case the condition is that the picture itself be not the immediate goal or objective. This is based on the rule is usul ul-fiqh: necessity should be measured by the existing circumstances. Whatever goes beyond that, to the point of being done out of pride, and enjoyment of these images, is forbidden. [Nuzhat ul-Muttaqin, 2/1150, no. 1680] 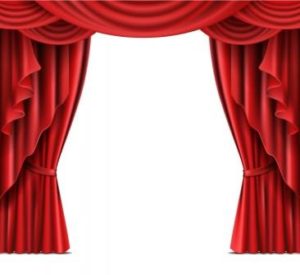 Al-Bukhari’s narration is, “I had hung a thick curtain having images (tamathil). He sallallahu ‘alayhi wa sallam commanded me to remove them, so I pulled them down.” [Al-Bukhari, 7/542]

Al-Hafidh Ibn Hajar said, “It has the word tamathil which is the plural of timthal and refers to something whose image is made; and it is more general than to be limited to shakhis (that which has body like a statue) or naqsh (engraved), dahn (painting), or nasaj (weaved) in a cloth. In the narration of Bukair ibn Al-Ashajj from Abdur-Rahman ibn Al-Qasim, reported by Muslim [3/1159, no. 5265], it contains the words ‘ … she hung up a curtain which had in it tasawir (images)’.” [Fath ul-Bari, 10/401. no. 5955]

Pulling Down and Tearing up Curtains Containing Images

‘Aishah radiallahu ‘anha reported that she had a curtain which had images (tasawir) in it. Allah’s Messenger sallallahu ‘alayhi wa sallam entered (the room) and pulled it down. ‘Aishah said, “I then tore it and prepared two cushions from it.” A man who was present at the time when this hadith was being narrated and whose name was Rabiah ibn ‘Ata ibn Al-Qasim ibn Muhammad was one of the students of Al-Qasim ibn Muhammad, asked, “Didn’t you hear Abu Muhammad (Al-Qasim, the narrator from ‘Aishah), making mention of ‘Aishah radiallahu ‘anha having stated that Allah’s Messenger sallallahu ‘alayhi wa sallam used to recline on them (the two cushions)?”Abdur-Rahman ibn Al-Qasim said, “No, but I heard Al-Qasim ibn Muhammad saying so.”[Muslim, 3/1159, no. 5265, footnote 2518].

‘Abdul-Hamid Siddiqui in his commentary of the english translation of Sahih Muslim, [3/1159, footnote 2518] said, “One may ask the question if the cloth having pictures on it is forbidden to be used as a curtain, why is it not forbidden to be used as a cushion? The answer is that when the cloth having pictures upon it is torn into pieces and sewn in another shape, the pictures lose their form altogether and they no longer remain pictures. Moreover hanging-pictures are more conspicuous, while those on cushions, etc, become insignificant.”

This is similar to what Al-Hafidh Ibn Hajar said concerning the reconciliation (‘jam) between the following hadith containing the words, ” … he tore (the curtain containing images) apart … so we turned the curtains into one or two cushions”, and the next hadith containing the words, “She bought a cushion having images on it. When Allah’s messenger sallallahu ‘alayhi wa sallam saw it he stopped at the door and did not enter … he sallallahu ‘alayhi wa sallam added, ‘Angels do not enter a house in which there are images.’ “

Al-Hafidh says another possible explanation for reconciliation between the two ahadith is that when the curtain was cut up, the cutting could have been, for example, in the middle of the image, thereby changing it from its original form. For this reason he sallallahu ‘alayhi wa sallambegan to use it to lean on.

Narrated ‘Aishah radiallahu ‘anha that Allah’s Messenger sallallahu ‘alayhi wa sallam returned from a journey when I had placed a curtain of mine having images (tamathil) over (the door of) a chamber of mine. When Allah’s Messenger sallallahu ‘alayhi wa sallam saw it, he tore it apart and said, “The people who will receive the severest punishment on the Day of Resurrection will be those who try the make the like of Allah’s creation.” So she turned the curtains into one or two cushions / pillows. [Al-Bukhari, 7/542, no. 838]

Ibn Hajr discusses the words ” … a curtain of mine having images”. In the narration of Abu Usamah in the Sahih of Muslim it contains the additional words, ” … curtains having images of winged horses on it”. This hadith has been used as an evidence for the permissibility of possession of images (suwar) if they are those which have no shadow (two-dimensional) with the condition that they be of those which are walked over, trampled upon, and used in a degrading manner, like cushions, and pillows.

An-Nawawi said, “This is the saying of the majority of the scholars from among the sahabah (Companions) and the ta’biin (students of the Companions). It is also the opinion of ath-Thawri, Malik, Abu Hanifah, and ash-Shafi’i. There is no difference (in this prohibition) between that which has a shadow and that which has no shadow. For if it was handing on a wall, worn as clothing, or a turban, or what is similar to that – of those things which are not considered to be in a state of degradation or dishonour – it is haram (prohibited).”

Ibn Hajar says there are some exceptions or objections to what an-Nawawi has mentioned. The following are some of those objections:

Angels Do Not Enter A House Where There are Images

Abu Hurayrah radiallahu ‘anhu reported Allah’s Messenger sallallahu ‘alayhi wa sallam as saying, “Angels do not enter a house (or any other place) where there are statues (tamathil) or pictures (tasawir).” [Muslim 3/1162, no. 5276]

Whoever is pleased to have images in his house himself prohibits the entry of the angels. The angels do not enter because of their rejection and disapproval of the act of the image makers in violation of the laws of Allah, the Most High. The result of this is that the absence of the angels is an open invitation to the devils. According to some scholars the angels which are prohibited from entry are only the angels of mercy, and not all angels, since the angels who write the deeds of human beings (Al-Hafazah) do not separate from the human simply because of the presence of images. [Nuzhat ul-Muttaqin, 2/1153, no. 1686 and 1688]

Ibn Hajar says its apparent meaning is that it is general (i.e. applicable to all angels).

Al-Qurtubi says, “That which points to the recording angels being a special exception i.e. that they are not prevented from entering, has no supporting textual evidence.”